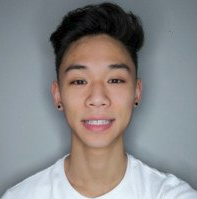 A walkthrough of some data science questions from a Microsoft Interview

If this is the kind of stuff that you like, be one of the FIRST to subscribe tomy new YouTube channel here! While there aren’t any videos yet, I’ll be sharing lots of amazing content like this but in video form. Thanks for your support :)
Background

It’s been about three years now that I’ve been interested in Data Science now. In my second year of university, my friend was very supportive of my aspiration to get into data science despite having a background in business.

He was so supportive that he forwarded to me a list of interview questions that his friend got asked by Microsoft for a data science co-op position. I remember when I initially looked through the questions, I felt like I was reading another language — it looked like complete gibberish.

Fast forward a few years and I feel like I have a better understanding of the fundamentals of data science, so I decided to take a stab at answering them! There are 18 questions in total, but I will only be covering the first 9 questions in this article — stay tuned for the remaining interview questions!

Note: I cannot guarantee 100% that these were asked by Microsoft. However, I thought that even in the case that they weren’t, this would still be a good exercise! Also, I have every right to believe that my friend provided me with valid questions.
Q: Can you explain the Naive Bayes Fundamentals? How did you set the threshold?

A: Naive Bayes is a classification model based on the Bayesian Theorem. Its biggest assumption (and why it’s called ‘Naive’) is that it assumes that features are conditionally independent given the class, which typically isn’t the case. (Thank you AlexMurphy for the clarification!)

To set the threshold, you can use cross-validation to determine the accuracy of a model based on a number of thresholds. However, depending on the scenario, you might want to take into consideration false-negatives and false-positives. For example, if you were trying to classify cancer tumors, ideally you’d want to ensure that there are no false-negative results (model says there isn’t a cancer tumor when there is).
Q: Can you explain SVM?

A: SVM stands for Support Vector Machine and is a supervised machine learning model commonly used as a non-probabilistic binary classifier [1], but can also be used for regression too. Focusing on the simplest use case, classifying between one of two categories, SVMs find a hyperplane or a boundary between the two classes of data that maximizes the margin between the two classes (see below). This hyperplane is then used to decide whether new data points fall under one category or the other.

However, the hyperplane is usually never as obvious and linear as the image above. Sometimes, the hyperplane can be hard to determine and rather non-linear. This is when more complicated topics like kernel functions, regularization, gamma, and margin come into play.

You can learn more about SVMs here and Kernels here.
Q: How do you detect if an observation is an outlier?

A: There are two common methods used to determine if an observation is an outlier:

Z-score/standard deviations: if we know that 99.7% of data in a data set lie within three standard deviations, then we can calculate the size of one standard deviation, multiply it by 3, and identify the data points that are outside of this range. Likewise, we can calculate the z-score of a given point, and if it’s equal to +/- 3, then it’s an outlier.
Note: that there are a few contingencies that need to be considered when using this method; the data must be normally distributed, this is not applicable for small data sets, and the presence of too many outliers can throw off z-score.

Interquartile Range (IQR): IQR, the concept used to build boxplots, can also be used to identify outliers. The IQR is equal to the difference between the 3rd quartile and the 1st quartile. You can then identify if a point is an outlier if it is less than Q1–1.5*IRQ or greater than Q3 + 1.5*IQR. This comes to approximately 2.698 standard deviations.

Other methods include DBScan clustering, Isolation Forests, and Robust Random Cut Forests.
Q: What is the bias-variance tradeoff?

Therefore, the bias-variance tradeoff is a property of machine learning models in which lower variance results in higher bias and vice versa. Generally, an optimal balance of the two can be found in which error is minimized.

If you want to learn more about basic statistics, check out my stats cheat sheet here.
Q: Discuss how to randomly select a sample from a product user population.

With pandas, you can use .sample() to conduct simple random sampling.
Q: Describe how gradient boost works.

A: Gradient boost is an ensemble method, similar to AdaBoost, which essentially iteratively builds and improves on previously built trees by using gradients in the loss function. The predictions of the final model are the weighted sum of the predicted of all previous models. How it goes about improving itself model after model is a little complicated, so I’ve included some links below.

A: L1 and L2 norm are two different regularization techniques. Regularization is the process of adding additional information to prevent overfitting.

More detail about the differences can be read here.
Read more about L1 and L2 norm here.
Q: What is the central limit theorem (CLT)? How to determine if the distribution is normal?

A: Statistics How To provides the best definition of CLT, which is:

There are three general ways to determine if a distribution is normal. The first way is visually checking with a histogram. A more accurate way of checking this is by calculating the skewness of the distribution. The third way is to conduct formal tests to check for normality — some common tests include the Kolmogorov-Smirnov test (K-S) and Shapiro-Wilk (S-W) test. Essentially, these tests compare a set of data against a normal distribution with the same mean and standard deviation of your sample.
Q: What algorithm can be used to summarize twitter feed?

A: For this question, I wasn’t sure of the answer so I reached out to my friend Richie, a Data Scientist at Bell Canada!


There are a few ways of summarizing texts, but first, understanding the question is important. ‘Summarization’ could be referring to sentiment or contents, and level and sophistication of summarization could differ. I would personally clarify with the interviewer what they’re exactly looking for, but that doesn’t mean you can’t make assumptions (which is something they want to see anyways.
Assuming that the interviewer is looking for a few examples of the most interesting representative tweets, for example, you can employ TF-IDF (term-frequency-inverse document frequency).
For example, everyone is talking about the current state between Iran and USA, so you could imagine words like “war”, “missile”, “Trump”, etc. popping up frequently. TF-IDF is meant to give more weight (aka importance) to those more frequent words and diminishes impact from words like “the”, “a”, “is” from tweets.

If you like my work and want to support me…

This content was originally written in the following article Microsoft Data Science Interview Questions and Answers! and was literally translated into spanish by the DataSource.ai team with the permission of its original author Terence Shin and you can find this person's profile at the following link Terence Shin . This post was translated by: Daniel Morales