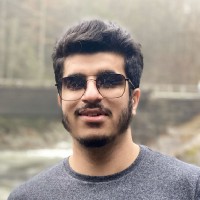 Photo by Jen Theodore on Unsplash


In this article, we’ll take a look at the recent project I completed where I predicted the prices of used cars based on a number of factors. I found the dataset on Kaggle.

This project is special as I tried many different things and then finalized on the notebook that is included as part of the repository. I’ll explain each and every step I thought and how it turned out to be. The repository with the code is below:

Here’s the crux of the article:

If you still want the complete details, keep reading!

Importar Librerias
I’ll import ``datetime`` library to work with the ``Year`` column. The ``numpy`` and ``pandas`` libraries help me work with the dataset. ``matplotlib`` and ``seaborn`` help in plotting which I didn’t do much in this project. Finally, I import a number of things from ``sklearn`` especially metrics and models.


I then split the dataset into 70% training and 30% testing data.

I output the training data information to see what the data looks like. We find that some columns like ``Mileage, Engine, Power`` and Seats have a few null values while ``New_Price`` has majority of its values missing. To get a better essence of what each column really represents, we can take a look at the Kaggle dashboard that has the data description.

The dataset is now loaded and we know what each column means. It’s now time to do some exploratory analysis. Note that I will always work with training part and then transform the test part based on the training part only.

Exploratory Data Analysis
Here, we’ll explore each of the columns above and discuss their relevance.

Index
The first column in the dataset is unnamed. It is actually just an index for each row and thus, we can safely remove this column.

Name
The ``Name`` column defines the name of each car. I thought the car name might not have a huge impact but the manufacturer of the car can. For example, if generally people find ``Maruti`` to produce reliable cars, their resale values should be higher. Thus, I decided to extract the ``Manufacturer`` from each ``Name`` . The first word of each ``Name`` is the manufacturer.


Let’s also plot and see the count of each cars based on the manufacturer.

As we can see in the plot above, Maruti has the maximum number of cars and Lamborghini has the least number of cars in the whole training data. Also, I don’t need the Name column so I dropped it.

Location
I initially tried to use ``Location`` but it lead to many one hot columns without contributing much towards the prediction help. This means that location of selling has almost negligible effect on the final resale price of a car. Thus, I decided to drop this column.

Year
I initially kept ``Year`` as it is to define the make of the model. But later did I realize that rather than the year, it’s how old the car is that has an effect on the resale value. Thus, taking cues from Kaggle, I decided to replace ``Year`` with the age of the car by subtracting the year from current year.


Fuel_Type, Transmission, and Owner_Type
All these columns are categorical columns. Thus, I’ll create dummy columns for each of these columns and use it for prediction.


The data output shows the high values that exist in the column. We should scale the data as well else columns like ``Kilometers_Driven`` can have a much stronger effect on prediction than other columns.

Mileage
``Mileage`` defines the mileage of the car. However, the mileage units vary based on the type of engine e.g. some are per Kg while some are per L. But for this case, we’ll consider them equivalent and just extract the numbers from this column.


As we checked before, the Mileage column had some missing values so let’s check them and update the null values with the mean of the column.


Engine, Power y Seats
The ``Engine`` values are defined in CC so I need to remove CC from the data. Similarly, ``Power`` has bhp, so I’ll remove bhp from it. Also, as there are missing values in all three, I’ll again replace them with the mean as I did for ``Mileage`` .

I use ``pd.to_numeric()`` as handles null values and does not produce errors when converting from string to numerical (int or float).


New_Price
Most of the values in the column are missing. I initially decided to fill them up. I would fill the mean value based on the manufacturer. For example, for Ford, I’d take all values that are present, take their mean and then replace all null values of New_Price for Ford with that mean. However, this still left out a few null values. I would then fill these null values with mean of all the values in the column. The same was repeated for test data as well.

However, this approach wasn’t really successful. I tried to run the Random Forest Regressor on it and the results were very small ``r2_score`` values. Next, I decided that I would simply drop the column and the ``r2_score`` values improved significantly.

Conclusion
In this article, we saw how to approach a machine learning problem in real life and how we might tweak features based on their relevance and the information they give out.

This content was originally written in the following article Improve your ML model by trying different approaches and was literally translated into spanish by the DataSource.ai team with the permission of its original author Karan Bhanot and you can find this person's profile at the following link Karan Bhanot . This post was translated by: Julio Bertty