7 Reasons To Not Hire a Data Scientist 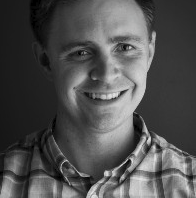 Because who needs data?

Photo by Nick Coleman on Unsplash

I think the title is pretty clear, so let’s get straight to it.

Before even thinking about hiring a data scientist, you should step back and consider your data.

A data scientist’s job is to create value from data. If you are unsure whether you even have data, that is a very good sign that you’re not ready for a data scientist.

If you know you have data, but really have no idea how to access it, it’s reliability or any of the specifics, then you should first answer those questions.

You will get significantly more value from a data scientist hire if your company has a strong grasp on its data assets. Your understanding doesn’t have to be perfect, but you should be able to point a data scientist to some data with documentation.

The worst feeling for a new data scientist is to realize he or she just joined a company that actually has no grasp of their data.

I know what you’re thinking. You read #1 and laughed — who would hire a data scientist with no data.

Well, the next sign you are not ready is you have data, but not the right data.

The right data are data that address the problem you want to solve and hopefully are labeled. By labeled, I mean do you have data that also have the truth associated with the data?

For example, if you want a data scientist to come in and build a system to detect fraudulent activity on your site, you would want activity data from your site and know for some set of your data which activity was fraudulent and which wasn’t. Knowing which data points are fraudulent would be considered the label.

Now — you can solve problems without labels, but if this is your first foray into data science, I would strongly suggest starting with data that have labels.

If your data don’t have labels yet, invest some time and money to have people label your data or build a system that can do it automatically.

#3 You don’t have a clear problem to solve

I can’t stress enough how important this is.

Sure — it is possible that you hire a great data scientist and he or she comes in with an ambiguous problem and makes some magic happen. Don’t plan on this.

Maximize your chances of success by knowing exactly what problem you want to solve and how you will evaluate success. It is also helpful if the problem is generally solvable by humans without much issue. If that is the case, it’s a good sign you could also solve it using data science.

#4: What you actually need is an analyst

If you’ve gotten to this point, then hopefully you have the right data and a clear problem.

The next biggest issue I see is that a company thinks it wants a data scientist, but it actually wants an analyst. A data scientist can usually do the work of an analyst, but if what you need is analytics you are much better off hiring an analyst.

Generally, the difference lies in whether you are trying to predict new events or better understand historical events.

As an example, if you want someone to come in and aggregate your historical sales data into a pretty dashboard with some summary statistics, then you’re looking for an analyst.

Analysts can be incredibly valuable to a company. In fact, they can often be more valuable than data scientists because usually, the problems you want them to solve are more clear and have a lower risk.

#5: You’re not prepared for the true cost of a data scientist

A little known fact about data scientists is they are needy. Once you hire one they are going to want more data, more storage, and more compute. Before you know it, they will be convincing you that a $100,000 computer is absolutely vital to the success of your data science initiatives.

And they may not be wrong.

Also, a single data scientist probably won’t be enough to generate significant value. Adding more engineers and data scientists to the team might be necessary to move at an acceptable speed.

Data science projects are usually riskier than your average project. Often, it is unknown whether the problem is even solvable. You might end up hiring a data scientist and investing in a problem that isn’t easy to solve.

You need to be comfortable with iterations on failure and less strict timelines to make data science projects effective.

That isn’t to say you shouldn’t expect real value from your data science team, but you should expect that path to be less linear. If your company isn’t ready for that, then I would hold off.

#7: You don’t know how to hire a data scientist

Lastly, you shouldn’t be hiring a data scientist if you don’t know how to do so.

Data science has come to represent many different types of jobs, which makes it very hard to know what type of data scientist you’re getting without being knowledgable of the field.

For example, maybe your getting the true academic data scientist with multiple PhDs, but is pretty poor at coding. Or you could be getting a data scientist who is more like an engineer with a few online courses in data science.

Neither of these is bad, but depending on your needs, it could be the wrong hire for your company. So, before making your data science hire, make sure you feel comfortable being able to actually identify a good hire.

“7 Reasons To Not Hire a Data Scientist”
– Tyler Folkman

This content was originally written in the following article 7 Reasons To Not Hire a Data Scientist and was literally translated into spanish by the DataSource.ai team with the permission of its original author Tyler Folkman and you can find this person's profile at the following link Tyler Folkman . This post was translated by: Oscar Forero